Recap: The Viking high school runners had a good meet last Saturday and did some solid work. Our strategy for this meet was more about place than time as this course doesn’t usually lend itself to speed despite being mostly flat (there are just enough speed bumps and sharp turns to really disrupt rhythm). With that strategy in view, both the boys and girls teams did well.

The Lady Vikes kicked off the morning shorthanded, with Hannah still out and Kennedy and Katie both at the fair, so there wasn’t a full team on hand from a scoring standpoint. That said, the girls executed the strategy VERY well. Sarah led the girls again, letting the rabbits sprint out quickly before methodically passing them one by one. She crossed the mile mark in sixth place and continued to surge up to challenge the leader by the final half mile before finally securing a strong second place finish. Trin and Ashley mirrored the effort in moving from 27th to 23rd and 39th to 31st, respectively, over the last two miles. Being able to pass runners after the first mile is a sign of strong running and makes a huge difference in the outcome of meets.

For the varsity boys, they followed up with a similar effort. In their case, they had league rival Swanton to compete against and they matched up well. Three of the top five runners fought through the race and came in just ahead of a rival, and our fifth man came in just after one despite struggling with cramping. This is the type of competition that reminds us this is a team sport, and it’s a great example of teamwork in action. From an individual perspective, the boys were led by Kyle Bowser with a strong top 20 finish, but the day belonged to Augie. In this same meet last year, he dropped a significant amount of time off his PR, catapulting him from the JV squad onto varsity for the rest of the season. He followed up this year by taking nearly a full minute off his personal best and breaking 20:00 for the first time. Alex was right on his heels…just five seconds back…and Kevin, Chan, Tommy and Drew all finished within an 36 second span.

In the open race, Kyle Smith had one of the faster opening miles of the day but stepped funny on the way through the water hazard and had to fight through leg pain the rest of the race. He gutted it out, but Evan took advantage and wound up leading the Vikings in the race. Gavin followed up a 31 second PR last week by taking another 27 seconds off this week and running 4:10 faster than Otsego last year. Chris and Nick also improved their times from last week’s meet. 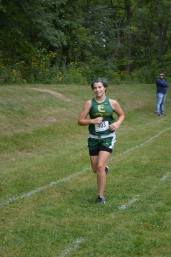 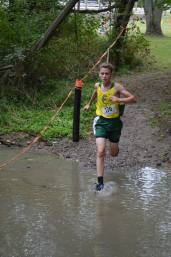 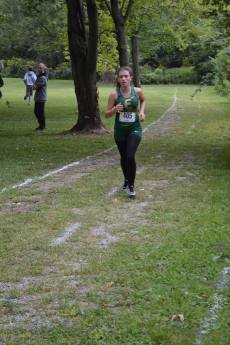 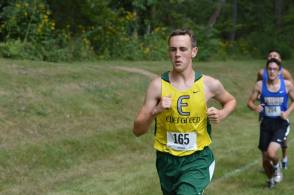 Up Next: The high school team travels to the Tiffin Cross Country Carnival while the middle school competes at the Archbold Invitational.